Glass, Glaciers, and the Geography of the Midwest 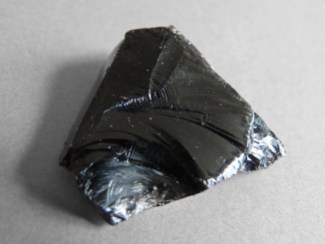 Glass is formed naturally under a number of circumstances. Rapidly cooling magma can produce obsidian, a black glassy rock with a high silica content similar to man-made glass. Glass is also formed when lightning strikes sand or soil causing the silica to melt. Some meteorite impacts even apply enough shock pressure to force silica in the ground into a glass.

Glass is classified as a non-crystalline amorphous solid. Technically, natural glass is considered a rock. Another rock displays similar properties to glass; however, it’s a crystalline structure and is made when snowpack crushes under its own weight over thousands of years. According to the USGS, “Glacier ice is actually a monomineralic rock (a rock made of only one mineral, like limestone which is composed of the mineral calcite).” 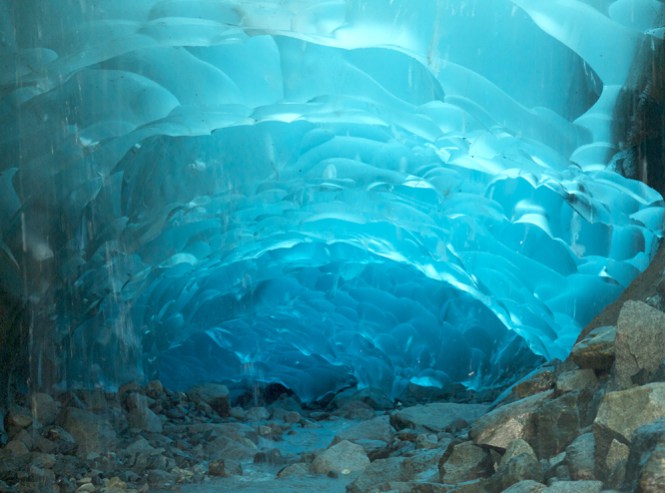 The glaciers that expanded and receded during the last Ice Age created a number of landforms that potentially allowed for the level of glass manufacturing that occurred in the greater Ohio region. Expanding glaciers break rock and expose minerals that otherwise would be trapped underground. This is one reason scientists cite for the large amount of exposed sandstone in the area.

Sandstone is the main ingredient in the glassmaking process and accounts for a significant amount of the environmental damage caused by manufacturing. The result of mining for sandstone is the lakes we see at the park today.

Glaciers also provided minerals in a quantity that normally would only be available further north. By sequestering materials and depositing them in the Midwest, as well as by altering parts of the landscape, the glaciers forced a wider range of habitats in the area. This is the main reason for the large amount of biodiversity in this region compared to the areas just south of where the glaciers stopped.

Glaciers carved through the Midwest exposing materials that Ohioans have used for generations to make glass. They also contributed to the diversity of minerals found in this region.