The ruins are just a part of the leftover materials that comprise Ariel-Foundation Park. The park itself is a restoration project, playing into the artistic ideal of taking the old and making it something new. This has been done through sculpting pieces of leftover buildings, recycling old waste from the glassmaking industry, and putting it all together in an engaging and interactive space.

Look around the Ariel-Foundation Park. It is clear that the glassmaking industry has made a mark on the area. The clearest sign of leftovers from the industry lies in the River of Glass. After the factory shut down, there were pits of crushed glass and cullet, chunks of waste glass, left over. As industries go, glassmaking is relatively low on the environmental-impact scale. These factories tend to stay in the same place due to their requirements for fresh water nearby and natural resources, so the biggest issues tend to be residential encroachment and noise pollution. The cullet, usually recycled in the glass-making process due to its value, has instead been turned into art. These gorgeous chunks of blue often prompt people to climb on them for photos of the aesthetic, despite the clear and apparent danger of being on broken glass. These works are better viewed from afar, walking around them to see how the light refracts and catches the jagged edges.

There are several towering red statues that crop up around the park. The color red is prevalent, from the old brick in the ruins, to the twisted red metal sculptures, to the red bridges. This unifying element pops out against the green landscape, appearing both organic to the area and catching the eye.

There are metal towers that cut across the landscape, reminiscent of telephone poles long since abandoned. This metal came from the Chicago World's Fair of 1893, another example of recycling in the park. Their alien nature intrigues visitors as they stand out as monoliths in the distance, inviting visitors to come and explore more of the park.

The twisted red sculptures were put together by Ted Schnormeier and Bob Stovicek, each piece carefully chosen for its aesthetic value. The pieces were already warped from years of neglect and from the process of dismantling the existing buildings. It was just a matter of finding pieces that were almost meant to go together, to create something new from the destruction of the factory. The metal twists and turns in intriguing ways, mimicking vines as they reach for the sky. Excess steel was also sold off to fund the park, so these towering red sculptures serve as reminders of the innovation and creativity that created this park. 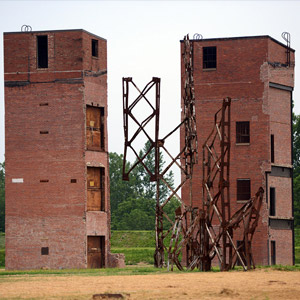 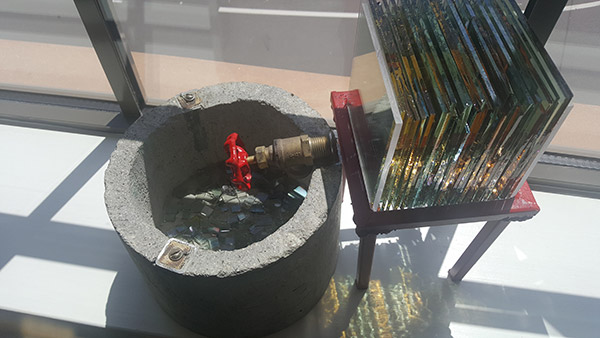 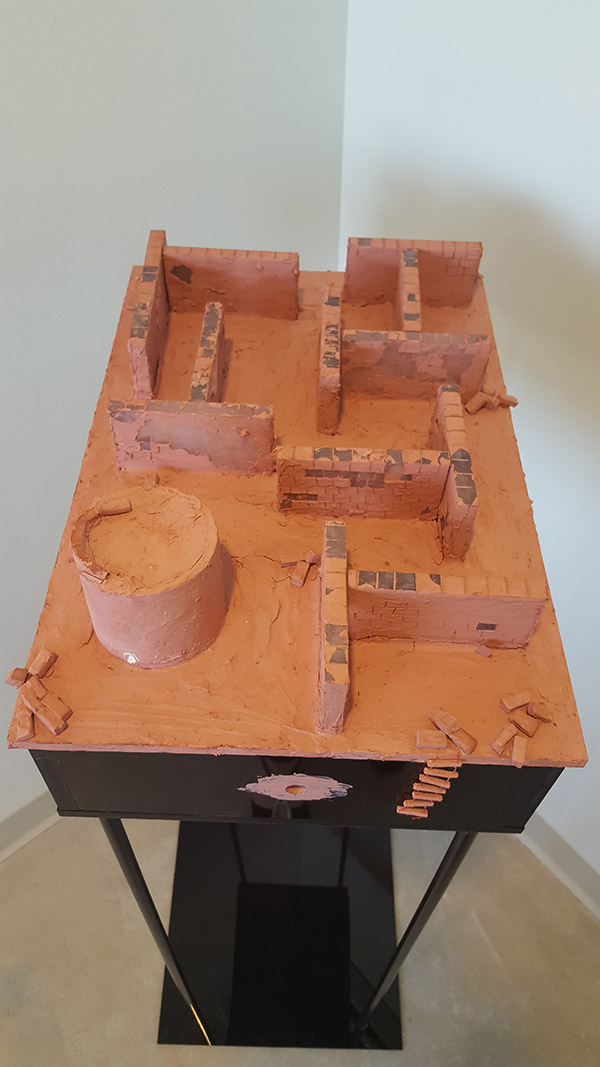 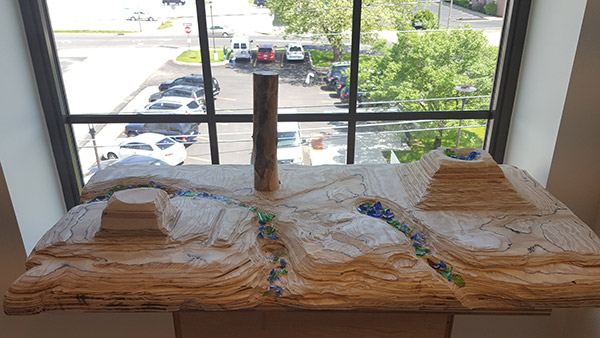 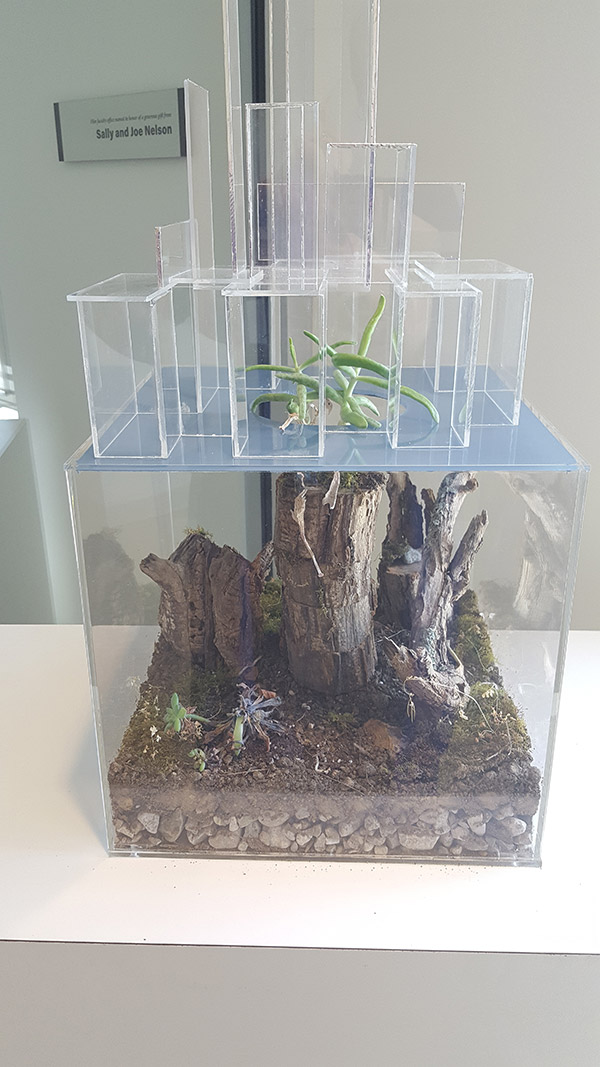 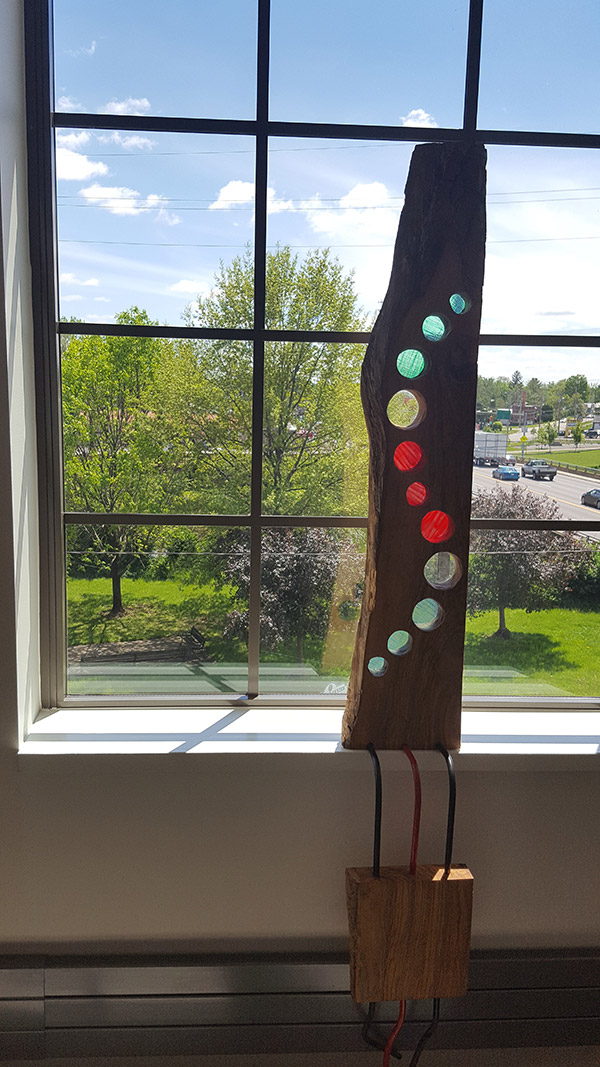 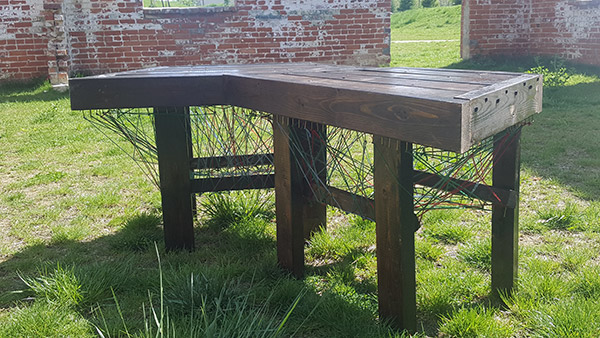 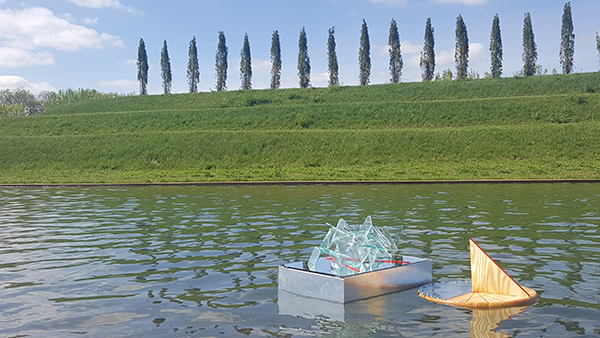 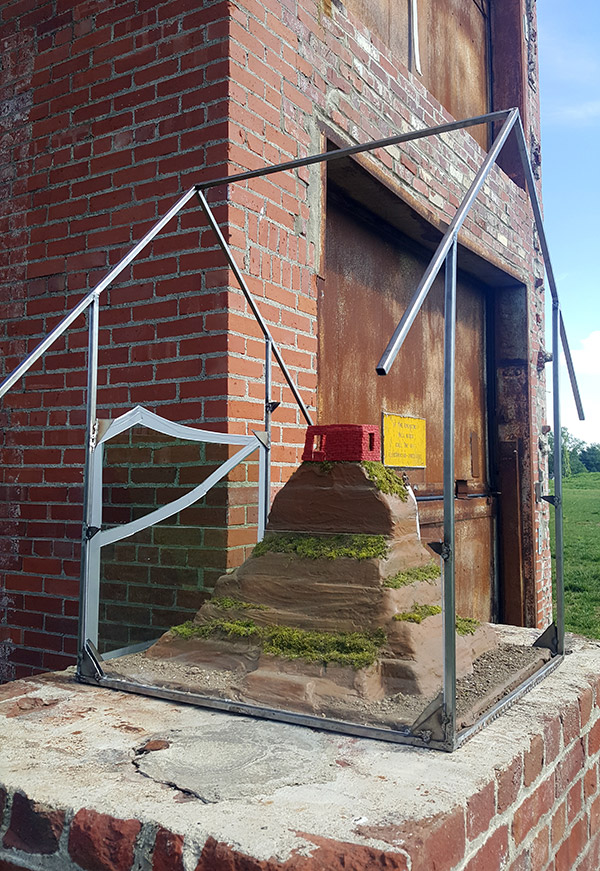