Jacob Coxey, Sr., was born on April 16, 1854, in Pennsylvania and moved to Ohio in 1881. He lived through the Panic of 1893, which at its height, caused unemployment rates of nearly 19%. Dissatisfied with the government’s response to the panic, Coxey called together “Coxey’s Army” in 1894. The “army” consisted originally of about 100 unemployed Ohio workmen who marched on Washington. Coxey was certain that 100,000 men would join them by the time they reached Washington, D.C., but after walking 35 days across the country, they only amassed about 500 men. Regardless, the event was the first major protest march on Washington and set a precedent for future marches.

Some argue that L. Frank Baum’s Wizard of Oz stories contain allusions to Coxey’s Army. The Scarecrow and the Tinman represent the working class, and they travelled with Dorothy to Oz (or Washington, D.C.) to plead with the powerful Wizard, much like Coxey’s Army went to plead with the government. In addition to his entrepreneurship and activism, Coxey also marched his way into politics. He unsuccessfully ran for various offices, including U.S. senator and president, but was elected mayor of Massillon in 1931. Coxey had four children with his wife of fourteen years, Carrie. His dedication to the reformation of U.S. currency led him to name one of his sons “$Legal Tender$.” Coxey lived to the age of 97 and is buried in Massillon.

A 2014 Smithsonian Magazine article on Coxey’s Army: http://www.smithsonianmag.com/smithsonian-institution/how-ragtag-band-reformers-organized-first-protest-march-washington-dc-180951270/. Hyperlink from “Coxey’s Army” in “Coxey called together ‘Coxey’s Army’ in 1894” in the second paragraph, first line. 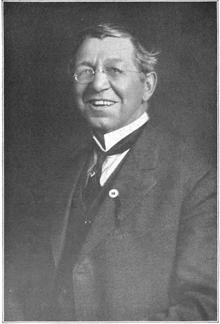 Grinspan, Jon. "How a Ragtag Band of Reformers Organized the First Protest March on Washington, D.C." Smithsonian.com. Smithsonian Institution, 01 May 2014. Web. 15 May 2017. This article gives further information about Coxey’s Army, including background and its historical significance.