Reflection and Jubilee: Labyrinths in the Middle Ages

In the medieval period, labyrinths represented a union of art and design with a cosmological worldview, suggesting a greater harmony in the universe.  A labyrinth has symbolic winding curves, relating to the challenges and difficulties of life. The act of mindfully walking the path purges the walker, allowing him or her to reach illumination. Although labyrinths have origins in Greek mythology, the Roman Catholic Church used the concept in a number of cathedrals throughout the late medieval period. 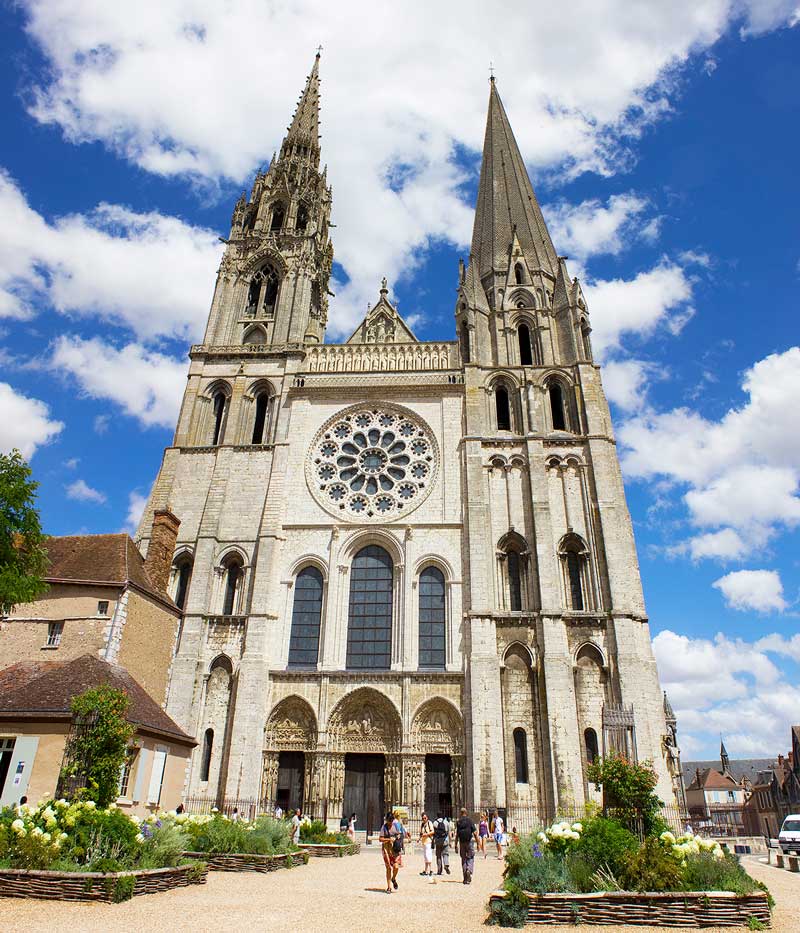 The front façade of Chartres cathedral in France. Source: By Dcconsta (Own work) [CC BY-SA 3.0], via Wikimedia Commons

An excellent example of this is the labyrinth in the Chartres Cathedral in France. The turns in the labyrinth form a cross within the design, connecting the mythological design to the Roman Catholic Church. Walking this labyrinth would have been a substitute for a pilgrimage to the holy land, and today many pilgrims travel to Chartres to walk the path. In addition to serving as a symbolic pilgrimage, there were festival dances around the labyrinth on Easter. The dean of the cathedral would toss balls back and forth with the congregation, a tribute to Theseus’s victory dance after he killed the Minotaur. This festival creates a joyous atmosphere, in contrast to the quiet meditation that is normally associated with labyrinths.

This diagram shows the design of the 13th-century stone tile labyrinth on the floor of Chartres Cathedral in France. Like the Tree of Life Labyrinth™ at Ariel-Foundation Park, it is unicursal. Source: By Ssolbergj (Own work) [CC BY-SA 3.0], via Wikimedia Commons

Another form of labyrinth used in the Middle Ages is the turf maze. These mazes mimic the design used in cathedrals and churches, but they were mostly used for recreation and pleasure for peasants. Turf mazes are outdoor mazes cut out of the ground in an intricate pattern in a level area, and they were mainly used for celebrations and festivals. It was custom to name the turf mazes after cities from ancient stories, connecting them to past heroic tales. A number of them were named after Troy from Homer’s Iliad, while others were named after the biblical cities of Jerusalem, Jericho, and Babylon. 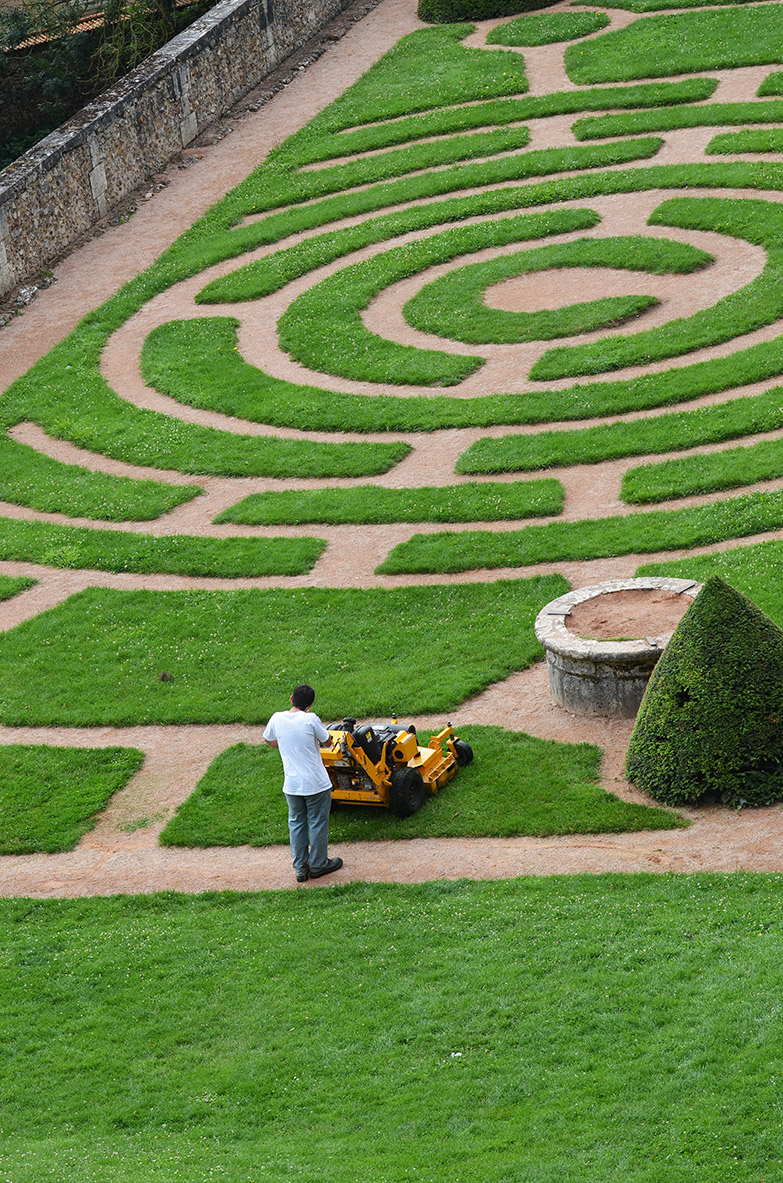 When walking the Tree of Life Labyrinth™, use the space as a time for mindful reflection or for play and dance between the paths. Imagine yourself walking the narrow streets of an epic city, or put yourself in a medieval festival in a turf maze. However, you use this space, share the space with respect to fellow walkers or dancers.

Doob, Penelope Reed. The Idea of the Labyrinth from Classical Antiquity through the Middle Ages. Ithaca: Cornell UP, 1992. Print.

For more information about Chartres and other medieval labyrinths and mazes, follow these links: 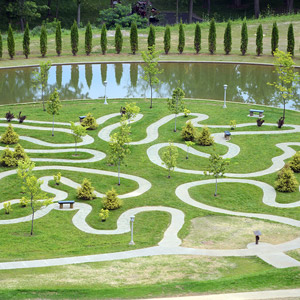 LEARN MORE   about the Tree of Life Labyrinth on the Ariel-Foundation Park main site!

The information for this site was written by Kenyon College Religious Studies students Isak Davis, Matthew Manno, and Carley Townsend, under the supervision of Dr. Miriam Dean-Otting during Spring 2017. Photos as credited.